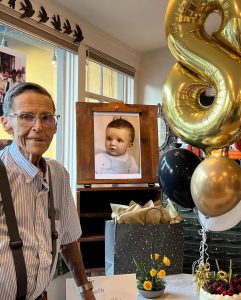 Jack was involved with pointing breed dogs for over 50 years, owning GSP’s, Brittanys, Irish & English Setters, and of course Pointers; competed in American Field & AKC trials, hunt tests and conformation; finished show champions, AF & AKC field champions,  2 AKC National Amateur champions and owned a Dual Champion too.
Jack was also a judged for both American Field and AKC, Judging in multiple championships. His “pay it forward” attitude didn’t stop there.
He served as the 2007 President for the American Pointer Club and served on the APC Nominating Committee on 4 occasions.
Jack was the biggest advocate for the formation of the APC National Field Trial Championship which ran for the first time in 1996. He was also the chairman of the APC National Field Trial Standing Committee for many years.
The Pointer community has lost a precious advocate for the dogs we love so much. Jack will be greatly missed by all of us.